LUNCH AT COSTCO is an original song, written by Danny Roque and performed in his musical comedy shows in the Los Angeles area. As seen in this video, it was first performed at Danny's "ShowManiaPalooza" June 1st, 2011 at The MBar in Hollywood.
Danny Roque- vocals, Dwain Roque- percussion, Jimmy Ford- drums, Duane Benjamin- bass, Tish Diaz- piano. ***For info on upcoming shows or contact, visit the Danny Roque ShowManiaPalooza Page on Facebook.

The song was a hit... and Danny had visions of making a music video.

A true fan of the wholesaler, Danny is a regular patron of his local Costco (Hawthorne, CA), and he shops there several times a week.

He spoke with store managers and GM's about shooting a music video, and they were very supportive, but obtaining clearance to do any extracurricular creative projects in a corporate world is a challenge. And takes time.

Danny persisted. Every once in a while, he checked in... hoping for good news.

His persistence paid off. He finally received permission to shoot the video in his local store. And so, he did.

The video is filled with performances by many of Danny's closest friends and family members. Directed by Paul Carganilla. Featuring choreography by Jeffrey Polk. String arrangements written by Duane Benjamin.

...it is well-received, and thanks to support through shares on social media, had over 10,000 views in the first few days.

June 29, 2016 - Right This Minute
LUNCH AT COSTCO is featured on the nationally televised program: RIGHT THIS MINUTE, The Viral Video show!

The Costco Corporation shares "Lunch at Costco" on their official FaceBook page, introducing the video to their faithful customers across the nation! The YouTube count is now over 38,000 views. 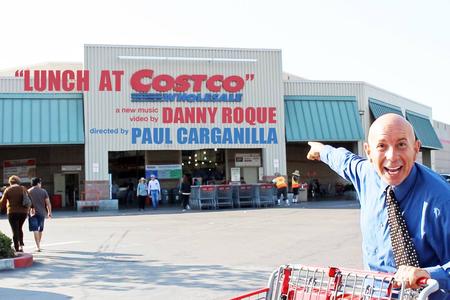 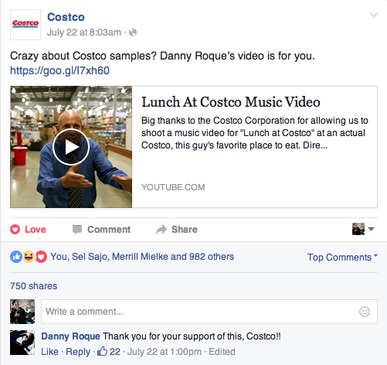