Paul began making movies at a very young age with his family's camcorder. In school, he studied music, theater, and acting. He began his professional career in 2005 as an actor for the Walt Disney Company. In 2009, he fell in love with screenwriting when he co-wrote & created his first web series, Guess Again. Paul received nominations for Outstanding Screenwriting and Outstanding Lead Actor at the 2015 L.A. Webfest for his most recent web series, Winners. Earlier this year, he created his first award-winning short film, Sparked… and is thrilled at the opportunity to continue the tale!

Jamie is very excited to make her directorial debut with The Flame. She currently works as a professional vocalist for various commercial and theme park productions. She's also a police officer, because… YOLO. As a child, Jamie performed in the National Tour of Les Misérables as Young Cosette and the International Touring Company of The Secret Garden as Mary Lennox. In the years following, she was the voice of Lucy in Peanuts movies & cartoons. Her film/TV credits include The Secret of Nimh 2, The Wild Thornberries, and All Dogs Go to Heaven.

Dani began her performance career training in gymnastics, and was competitive for 8 years. A serious back injury ended her career at age 15, so in her last year of high school, Dani joined the performance group, The Young Americans. She was in the group for 5 years, and spent 2 of those years traveling in Europe, (England, Scotland, Holland, and Germany), and all over the United States, performing and teaching with the goal to convince schools to keep or reinstate music programs. After retiring from the group, Dani began her performance career at the Disneyland Resort. To this day, she continues to captivate Disney park-goers in productions that include the Red Car Newsboys, Mickey's Magical Map, and the Mad T Party Band. In 2014, Dani released her first E.P., Back to the Water (available on iTunes). She is currently very proud to be the manager and producer of the all female band, The Suffragettes, and co-producer of Hiatus.

Dan is a Los Angeles based producer/songwriter/composer/multi-instrumentalist. Originally from Ukiah California, Dan moved to L.A. to finish his bachelor’s degree in the heart of the music industry. Throughout the years, Dan has amassed a diverse list of clients and credits.​ As a multi-instrumental performer, he’s spanned every genre, playing with everyone from Slash to Leann Rimes on every stage from Disneyland to the Grand ‘Ole Opry. Dan recently released his first solo album, The Best Ride of Your Life, currently on iTunes.​ On the production side, Dan has had his scores featured on Fox, MTV, VH1, CBS, NBC, Comedy Central, as well as the big screen.

Dan wrote and produced "Waiting For You", an original song which is featured in The Flame.

"A year after receiving a valuable gift from her first love, Emma holds fast to the hope that she will see him again."

The sequel to Sparked. 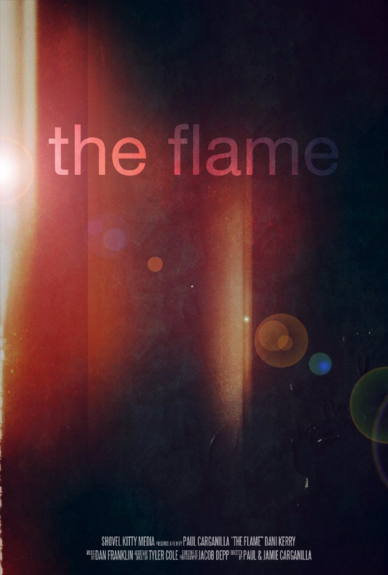