Sparked earned recognition from several film festivals. It was an Official Selection of the 2015 Urban Mediamakers Film Festival, won Awards of Merit at the 2015 Los Angeles Cinema Festival of Hollywood & Best Shorts Competition. It was also featured in the 2015 Palm Springs International Shortfest Film Market.

...the film also lead fans and backers to question, "What happens NEXT with Emma?!"

While Paul had only-ever intended for Sparked to stand alone, these inquiries inspired him to wonder: what WOULD happen next? He wrote the first draft of a possible sequel and showed it to his wife, Jamie Carganilla. After reading the first draft, Jamie stated: "I want to direct this."

The Flame began 11/11/15, with Paul & Jamie co-directing and Dani Kerry returning to star in the film. The short would also feature an original song, "Waiting For You", written by singer/songwriter Dan Franklin. The plot:

"A year after receiving an invaluable gift from her first love, Emma holds fast to the hope that she will see him again."

Due to the complexity of the shoot and a difference in cinematic style, The Flame's budget was ambitious. But, our crowd-funding community wouldn't let it fizzle, and pushed the film to fruition in the final days of the campaign.

Same as with Sparked, the main reward in The Flame Kickstarter campaign was a limited-edition DVD of the film, which would be available exclusively to original backers. 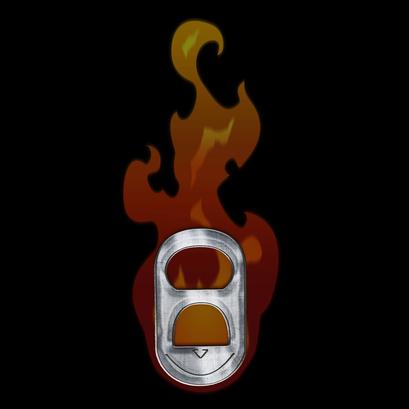 The journey began 11/11/14, when writer/director Paul Carganilla launched a Kickstarter for his first short film, Sparked. The film would co-star Carganilla & Dani Kerry, and be co-directed by Carganilla & Tyler Cole. The plot:

Remarkably, thanks only to an incredibly-supportive Kickstarter community, the film reached its funding goal in less-than one week.

The main reward in the Kickstarter campaign was a limited-edition DVD of the film, which would be available exclusively to original backers.

In the following year, The Flame won the Award of Merit at the 2016 Best Shorts Competition, and, following in Sparked's footsteps, was featured in the 2016 Palm Springs International Shortfest Film Market.

Our community's cinematic world is expanding (Thanks again, entirely to our incredible community of supporters!). In 2016, Paul teamed up again with singer/songwriter Dan Franklin to create The Live To Dream Project: an album and documentary (still in the festival submission phase). And, most-recently, our amazing tribe funded our first feature film: The Haunted Man, which is currently in the editing stages and set to be released in 2019.

The local artist-supporting community which helped launch Sparked has also branched-out in expanding and exploring different and creative live entertainment offerings like Paulie's Picnic and Hiatus.