The Greatest Thing (2018, in post-production) 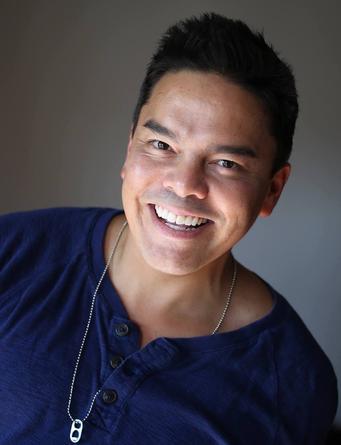 Paul Carganilla is an award-winning actor & filmmaker, an established screenwriter, and founder of the multimedia production company, Shovel Kitty Media. He is also a public safety dispatcher (trainee) for his local police department.
Paul grew up in Simi Valley, CA. In his high school years, he explored many creative opportunities: serving as Historian of the Drama Club, President of the choir, and Drum Major of the marching band.
In college, while playing trumpet in the orchestra pit, he felt his true calling was to be on the stage. In the following years, he was accepted to UCLA's illustrious theater program and won five national gold medals in Dramatic Interpretation.
In February of 2005, he was hired by the Walt Disney Company as an actor, MC, and improvisational comedian. He continues to work professionally for Disney sporadically on various projects to this day.
In 2009, Paul co-wrote, produced, and starred in his first web series, Guess Again. This experience fueled him to write, produce, direct, and act in many web, film, and LIVE ventures: including Winners (web series), Sparked & the Flame (short films), The Haunted Man (feature screenplay), The Live to Dream Project (documentary), Paulie's Comedy Picnics, and multiple music videos.
Acting, writing, and/or producing, Paul is excited to continue his exploration of multiple creative ventures.

- We are taking big steps in post-production of The Haunted Man. Last week, the cast & crew gathered to sign some Kickstarter swag, and I screened our current cut of the film for them for the first time. Everyone is very excited, but there is still much work to do. The next steps include: achieving a picture lock on the edit, musical composition, visual FX, and color correction.

We have scheduled the first Kickstarter "Screaming" screening at the Glen Tavern Inn on May 25th. Backers at the "Screening" tier and about should check their emails and Facebooks for the detailed invitation. We can not wait to share the film with some of our Kickstarters at the hotel!

If you missed our original crowd-funding campaign and would like to contribute to our film in this post-process, you can contribute now through May 15th at www.HauntedManMovie.com ! Thank you so much for your generous support!